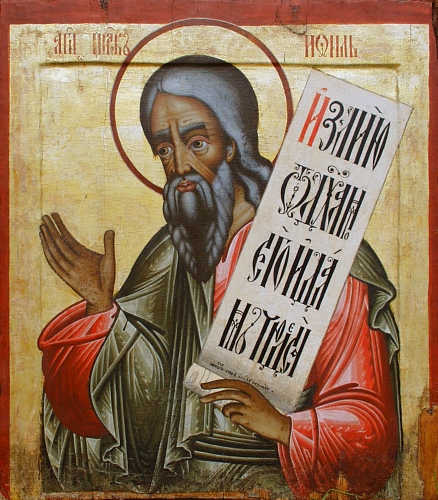 The book of Joel is an enigma, smothered in mystery, wrapped in a tortilla and served to someone, somewhere. Maybe not a tortilla, but some sort of flatbread. Maybe no wrapping at all.

Its superscription identifies the book’s contents as, “The word of the LORD that came to Joel son of Pethuel” (Joel 1:1). However, it does not give us any historical indicators or points of reference. Joel’s name is a combination of the Divine names YHWH and Elohim, his father’s name means ‘youth of El.’ This is loaded with symbolism for ‘a prophet of the LORD.’ But at least in the superscription, we are given no indication if Joel prophesied to the Northern or Southern Kingdom (later references in the book and mentions of the temple indicate Judah).

This lack of historical indicators and the vagueness of the prophet’s origin make it difficult to know when this book was written. Scholarly opinion ranges from the early monarchy to the post-exilic period. An early date points to references to the temple (Joel 1:9, 13,14,16; 3:18). A late date points to the fact that there are no references to any monarchs, north or south. The early part of the book describes a locust plague  (1:1-2:27), the latter part of the book (2:28-3:21) is apocalyptic with a post-exilic flavor. So some critical scholarship questions the overall unity of the book. I don’t have a firm opinion on the date of Joel either way. I do think there are strong thematic links between the first and second halves of the book. The whole enchilada is meant to be read together regardless of the different tastes of its ingredients (thus, wrapped in a tortilla).

This lack of specific historical indicators serves us well as contemporary readers. When we read of the ecological crisis brought on by an army of locust and the ravages of war, we can enter into Joel’s metaphor. We can identify in our own personal and corporate lives, ‘the years the locust have eaten’ (Joel 2:25). When we read its apocalyptic promise of renewal, restoration, vindication, and God’s spirit poured on all flesh, we are filled with the hope of God’s work in our own contexts. As Christians, we read Joel’s promises through the lens of Jesus—the Word-made-flesh who inaugurated the coming of God’s kingdom, and Pentecost (cf. Joel 2:28-32, Acts 2), but we press forward toward the day when God’s kingdom comes in fullness and his justice reigns on the earth.

So as we look at Joel, pay attention to the ways in which the crises of Ancient Israel mirror our own economic and ecological context. These three short chapters have something to teach us.