I am not sure exactly when I first heard Kathy Khang’s voice but I know it was online. In real life (IRF), I am about 1 degree of separation from her, having friends in similar circles (e.g. InterVarsity Christian Fellowship, ministers and activists and the Evangelical Covenant Church). But I know I am grateful for getting to know her voice, and she’s challenged me (mediocre white male, that I am) to rethink stuff and be more mindful about systemic racism and appropriation. I vividly remember Kathy calling attention to Lifeway’s Rickshaw Rally, the all white cast of a progressive Christian conference discussing the peace of the Gospel without any thought of diversity, and challenging White Evangelical complicity in systemic racism and Empire (i.e. Trumpism).

In part 1 of Raise Your Voice, Khang shares how she learned to ‘raise her voice.’ She emigrated from South Korea as a child, and navigated American culture as an Asian American, an immigrant and a woman and mother. In lots of ways, she was pressured to be silent and remain silent. However, she found her voice and began speaking about cultural appropriation, faith, violence against the Black community, feminism, and politics. As she shares her own story of speaking up (or sometimes not speaking up) she also reflects on the biblical example of Moses (afraid to speak up when he was called),Esther (who learned to raise her voice to save her people, the Jews, from certain destruction and the Bleeding Woman (Mark 5).

Part 2 offers some practical reflections on how to speak up. This is not a ‘how to’ book, but Khang shares some insights and practices that have helped her both listen well, and speak up when she needs to (these are related domains). She explores what it means to use our voice in real life and the various spheres we occupy (everything from our ‘underwear family’ all the way to our job). She also describes her process and gives practical advice on how to engage with people online and on social media and the various ways each of us can use our gifts and talents as we learn to speak in our own voice.Khang conducted interviews with Reesheda M. Graham-Washington,  her friend Brenda, and artist, Maggie Hubbard which she includes here to show these women learned to raise their voices.

I read Khang’s book eagerly with anticipation. Her voice is one I really respect, and often when issues come up in our culture (e.g. immigration, lies, collusion, white supremacy, violence), I look to see if she’s written anything about it. She has a peculiar gift for cutting through the crap with both truth and grace.

I’m a white male, and therefore my voice has been culturally privileged.  I’ve had to learn to stop and really listen before I speak (and as an extrovert this is hard to do). But in other ways, I too can be silent and not speak up in the face of the authorities and in the case of injustice. Sometimes I am too afraid to speak up. Sometimes I don’t feel like I understand enough. But to speak up is to name our hope that real change is possible. Kathy’s words and her voice give me courage to raise my voice.

I received a copy of this book from the Author and IVP in exchange for my honest review. I also purchased a copy to share with someone else. 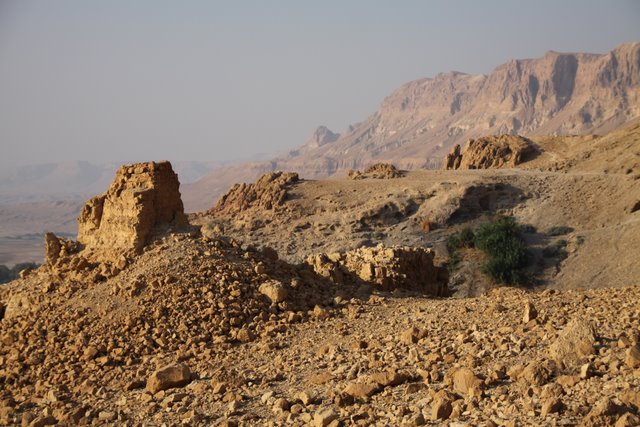 If your church follows the lectionary, you would have heard Mark’s rendering of Jesus’ baptism, how the Spirit descended like a dove, the Father spoke affirming words, and how the Spirit immediately drove Jesus into the wilderness (Mark 1:9-15).  Mark is the most economic in his description of Jesus’ wilderness temptation, but we know from reading his account: (1) Jesus was there 40 days, (2) he was tempted by Satan, (3) he was with the wild animals, and (4) he was waited on by angels. At the end of his desert days, John, his cousin, was arrested and Jesus went to Galilee preaching, “It’s time! God’s reign has come close! Change your heart and trust the good news!”

The forty days of Lent—Ash Wednesday to Easter minus Sundays in the western Church calendar—correspond to the 40 days of Jesus’ wilderness temptation. To practice Lent is to self-consciously follow Jesus into the wilderness. There we will be tempted, we will grow hungry, we will see ways we are in danger. But like Jesus, who was ministered to by the angels. We will sense ourselves as being held in God’s care, and have God’s presence mediated to us.

Going to the wilderness is the hardest part of practicing Lent for me because I feel like I’ve already spent too much time there. Jesus took forty days and clarified his call before going about the countryside preaching, teaching, casting out the Powers and healing the sick. But wilderness haunts my story and still feel perpetually, vocationally frustrated. I graduated from seminary in 2010 with a mountain of student debt. Unable to find a way into pastoral ministry and needing a job, I worked at a hardware store in Blaine, Washington. I call that season of my life, ‘Waylaid in Blaine,’ and while there were gifts and blessings and the angels of God ministered to me and my family, it was a desert place for me.  I was eager to move into the land of promise.

A few years later I got the opportunity. I uprooted. My family and I moved across country where I took up the role of lead pastor of a small congregation. I was 40. Our fourth kid was born there. We named our son Benedict Asher (meaning blessing and happiness) because I mused. “After 40 years in the wilderness, we are now in the promised land, doing the things God has called us to do.”

My son is indeed a blessing, but a year after coming to Florida, the church and I parted ways. They were a small congregation with big bills feeling the weight of scarcity and they needed a leader who would turn things around for them. I didn’t deliver on their hopes (e.g. grow the church, bring in money, invigorate them with spiritual vitality). But it wasn’t just them. I failed to deliver on the things I feel called to.  I mishandled important relationships and I failed in my attempts to get the church to partner with the wider community. I think it was an impossible situation and I was a bad fit for them, but I still feel the ways and places I didn’t measure up, and I grieve the broken relationships.

But for the next eight months, I lived in that community, seven blocks from my old church. I dreaded running into former congregants because when I saw them, I felt like a failure. Some members reached out and were kind, but most severed all contact. My kids would cry because we couldn’t go to that church anymore. Me too. And while I had worked at building community connections and relationships, I suddenly felt like any investment I had in the neighborhood would be perceived as competing with my former church. Every interaction became difficult for me (I’m normally gregariously extroverted). And it hurt. A lot. I don’t think I ever felt so isolated.  We were in the wilderness again, unsure of next steps and feeling isolated.

So we uprooted again, heading back to the Northwest and ended up in the city of  Medford, Oregon. We ended up in a new city but carrying the self-doubt, disillusionment, and disconnection. We started attending a local Methodist church and slowly building a life here. We subsist, ministered to by the angels, but in lots of ways I’m still in a wilderness place. I have had opportunities to preach and have healed somewhat, but I feel gripped with fear and haven’t done much to pursue the things I feel like I’m called to.

So entering the Lenten Wilderness is just a decision, for me, to recognize my own spiritual locale. Here I am. Where are you? Is your life the land of promise? Or are there ways you feel, as I do, vocationally and relationally frustrated? Perhaps you carry wounds that keep you from giving and receiving love in a community? The Spirit drove Jesus to the wilderness, but as we listen to the Spirit’s whisper, perhaps we recognize the ways we are already there.

This past weekend I drove up to Portland for a conference. On the way up, I listened to the Audiobook version of Brené Brown’s Braving the Wilderness (. She describes her own longing for connection and true belonging and what it means to “brave the wilderness.” She offers up the acronym BRAVING to those of us who find ourselves in the wilderness (Lenten or otherwise):

So here I am, in the wilderness, longing for connection. Wanting to step with courage into calling, but still feeling wounded and afraid. I want so badly to be on the other side of the desert, speaking Good news of God’s closeness and welcome. But here I am. And I must brave this place and learn to find my voice again.